Basically, the term Standard Temperature and Pressure, abbreviated as STP, refers to the nominal conditions in the atmosphere at sea level. The value of this parameter is important to physicists, chemists, engineers, and pilots, and navigators.

The standard temperature is defined as zero degrees Celsius (0 0C), which is equal to 32 degrees Fahrenheit (32 0F) or 273.15 degrees Kelvin73.15 degrees Kelvin (273.15 0K). This is essentially the freezing point of pure water at sea level, in the air at standard pressure.

The standard pressure of the mercurial barometer is 760 millimeters in a mercurial barometer (760 mmHg). In other words, this is about 29.9 inches of mercury, and it is equivalent to approximately 14.7 pounds per square inch (14.7 lb/in2). It is possible to imagine a column of air that measures a square inch and stretches straight into space beyond the atmosphere. It is estimated that such a column of air would weigh about 14.7 pounds.

As it stands, the density of air at STP is about 1.29 kilograms per meter cubed (1.29 kg/m3). A cubic meter of air carries nearly three pounds of weight. This fact is quite surprising to many people.

The Past Use of STP

The Current Use of STP

Currently, there are many different definitions of standard reference conditions that are used by organizations throughout the world. A few of the definitions are listed below, but there are many others. Previous versions of the definitions were used by some of these organizations. In contrast to its old standard of 0 °C and 101.325 kPa (1 atm), IUPAC has defined standard reference conditions as being 0 °C and 100 kPa (1 bar) since 1982[2]. The new value is the mean atmospheric pressure at an altitude of about 112 meters, which is closer to the worldwide median altitude of human habitation (194 m).

The standards for gas volumes used by natural gas companies in Europe, Australia, and South America are 15 degrees Celsius (59 degrees Fahrenheit) and 101.325 kilopascals (14,696 psi). As a result, it is used as the base value of the standard cubic meter. There are also multiple definitions of standard reference conditions in the standards and regulations produced by the International Organization for Standardization (ISO), the Environmental Protection Agency (EPA) of the United States, as well as the National Institute of Standards and Technology (NIST).

Molar Volume of A Gas

I believe it is equally important to specify the applicable reference conditions of temperature and pressure when calculating the molar volume of a gas as it is when expressing a volume or volumetric flow rate of gas. When the molar volume of a gas is given without indicating a reference condition of temperature and pressure, it has very little meaning and can lead to confusion.

Snapchat Keeps Crashing – How to Fix This Issue in Your Smartphone 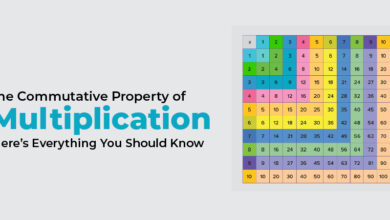